En Sabah Nur - better known as Apocalypse - is an all-powerful, villainous mutant in Marvel Comics and primarily an enemy of the X-Men. Believed to be the first mutant ever to exist, Apocalypse was born in ancient Egypt and has survived for millennia through the use of alien technology as well as his own mutant abilities of longevity and regenerative healing. Over the course of thousands of years, he has accumulated many other remarkable abilities such as molecular manipulation, energy projection, shapeshifting, teleportation and much more. He has one of the most expansive power sets out of any character in the Marvel multiverse, making him virtually unstoppable.

Over many lifetimes, Apocalypse has influenced civilisations, ruled over empires and been worshipped as a god. He is driven by the philosophy of survival of the fittest and is convinced that it is his right to rule the world, destroying stagnant societies and building them anew according to his will. His attempts at world domination are always foiled by the X-Men and other heroic groups, but Apocalypse is immortal and can simply wait for the right time to return and carry out his conquest. 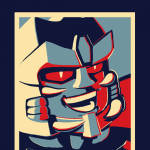 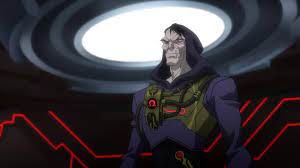